48 0
Dome is a structure which has been used in architecture so much. In Islamic architecture, dome is considered as a section in semi sphere form , but today  in modern architecture, dome form is changed and by cutting different sections of sphere , new forms of dome are obtained which show view of this beautiful form as modern one. Dome is a strong form and furthermore, give effects and glory to internal and external space.
However in traditional architecture , domes are always built by brick, today beauty of dome is depent on different materials which were used to build the dome ,for example ,glassy dome. This dome which certainly needs a metallic structure, is a beautiful integration of a transparent and smooth material named glass and a solid and rough metal. This contradiction makes it so beautiful. 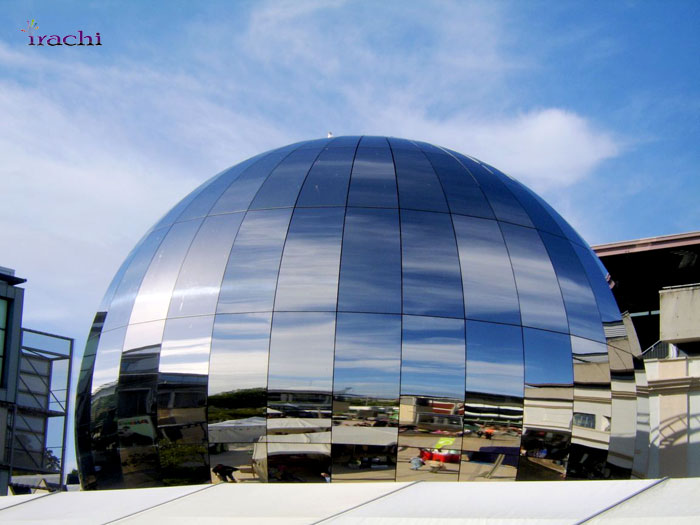 In glassy dome structure, after making main frame which can be divided to some equal parts, it should be covered by glass. Theses glasses were prepared in oven and from a cast and were bent by a frame and heat. Bent glass which is used in dome is a two arcs glass. it means it’s bent from width and length. Its bending needs special skill and depend on its size, needs oven with suitable dimension. For safety, 2 similar glasses are made for every part and they are laminated to each other so that they won’t cast after a strike and prevent dangers.
Fortunately, glassy deme is executed in Iran by cooperation among frame maker, caster and glass bending workers. 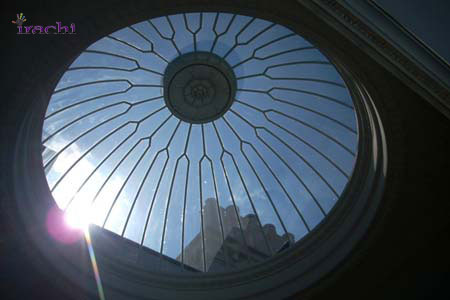 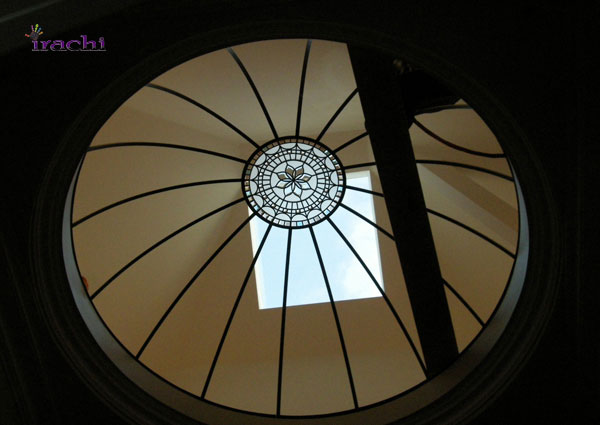 After building glassy dome, by respect to space, stained glass techniques can be done and decorated by that. 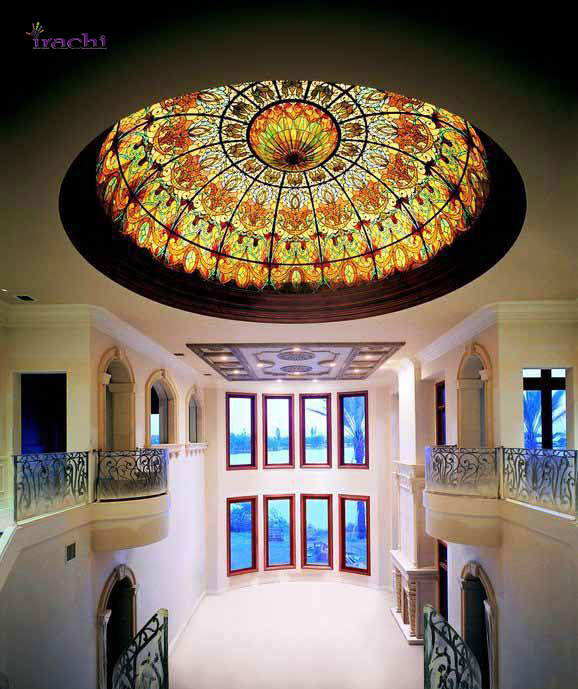 However it seems round and dome form, but in fact it comprised of flat and glassy items which makes a dome form by angels rotation. This can be tempered for safety. Decorated glasses can be used in this form which make it more beautiful. 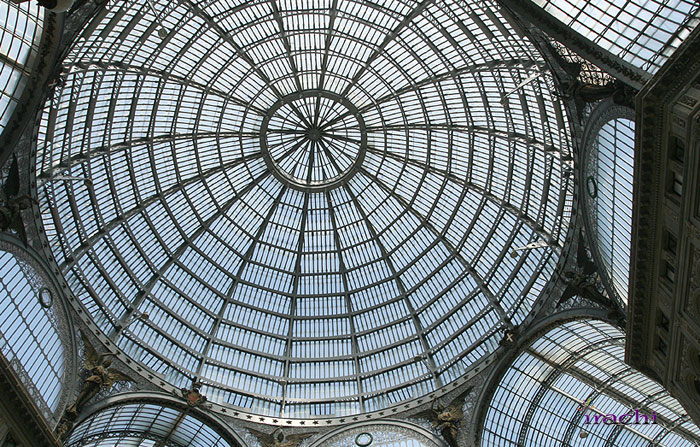 Stained glass or tiffany dome is one of the most beautiful glassy structures. These domes which are seen in center of the most beautiful residential and commercial complexes worldwide, are signs of glory and greatness and make lux and imposing view. For making stained glass and tiffany glasses, there is not limitation about design and color and artists can feature easily. Metallic wires are used in them and for drawing and bing the glass fine glassy pieces should be used. This
leads glass to be safe . 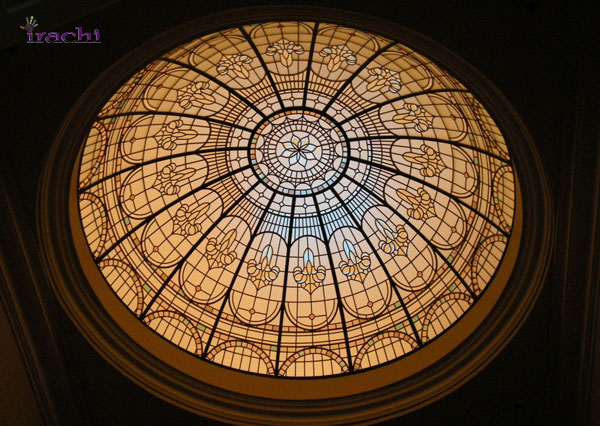 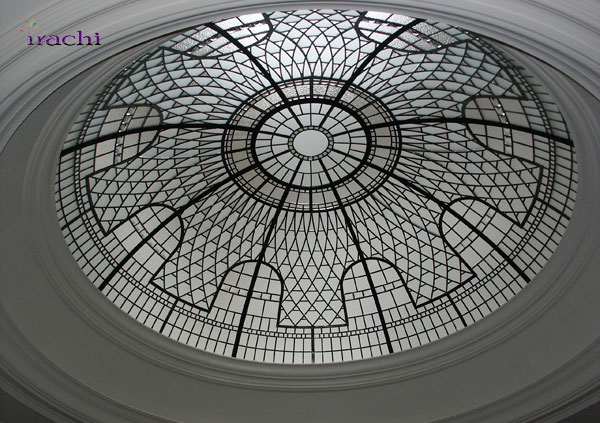 Cut pieces in stained glass lead it to shine in natural light and a diamond light is d in and under the dome which has special beauty. 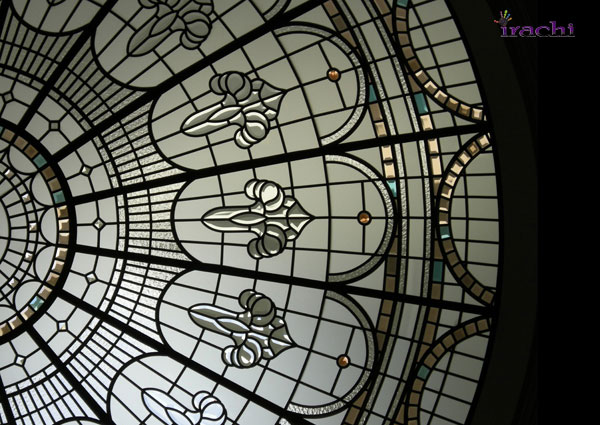 In Iran glassblowers however had enough s to make stained glass and tiffany glasses, since early years they haven’t made glassy domes. The first stained glass included 2 glassy domes with circle and oval sections and were built in one of residential projects in north of Tehran. 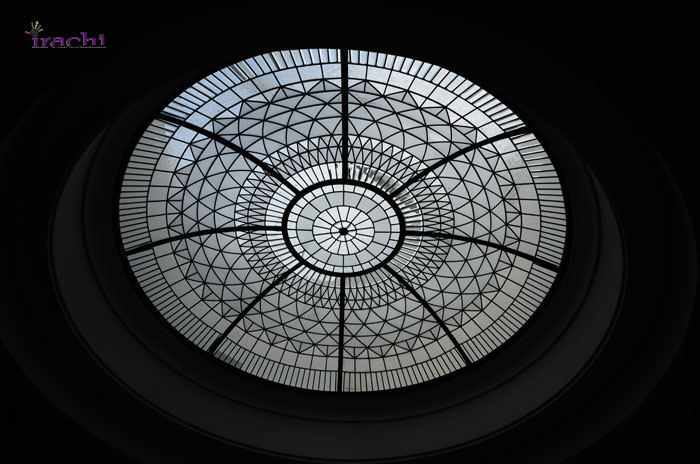 After these projects, handmade glassy domes were considered simple and our artists could build convex glassy structures in every size and dimension by tiffany art and stained glass techniques.

Because these glasses are so valuable, if glassy dome relates to outside space, some pieces of laminated or tempered bent glasses will cover their back so that after a outside strike , it will prevent danger. 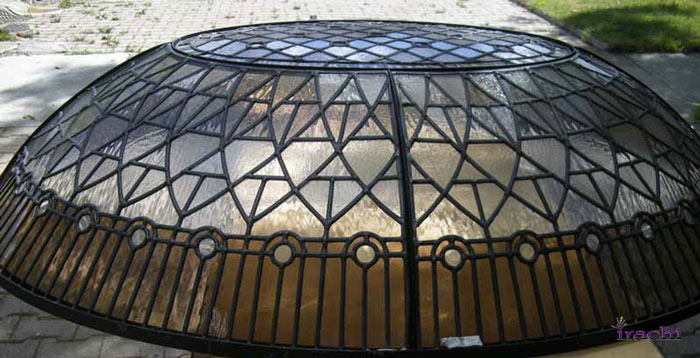 After building main frame of the dome, for covering the parts, every types of glasses can be used. One of these glasses is fuse glass. This places in oven and connections of glasses are d by heat, it can be safe by tempering or laminating techniques. For having a glassy structure by fuse glass items , drawing the structure should be done so that its glassy part is small and by connecting them, a unique item is showed.

This note can be considered that for having a convex glass, it’s not necessary that it’s uted in outside space. We can energy in our life and enjoy of that by a small dome of decorated glasses. 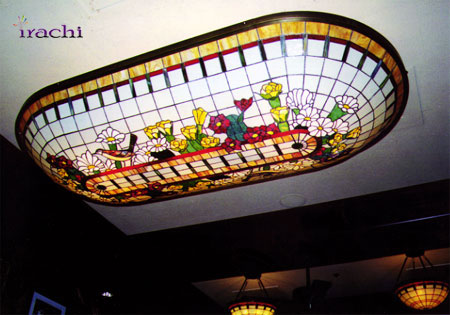