37 0
make difference in their home and environment. One of these materials is glass whose variation helps us to meet our wishes. Colors and lighting games which are d by these glasses, can’t be explained.
One of projects whose making was so wonderful for us, was a glassy dome in inside space of a house in Manzariyeh street. This house after rebuilding needed ped ceiling and light in entrance space. By respect to its sui space, it’s decided that height of ceiling was kept by glassy structure in this part and made total space of apartment more special. In addition, it d sui and indirect light for that space.
After negotiation with employer about interested plans and colors, primary drawing was done. 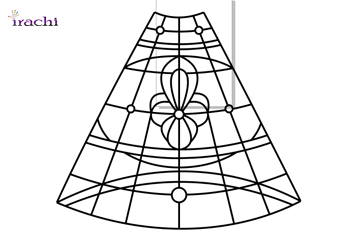 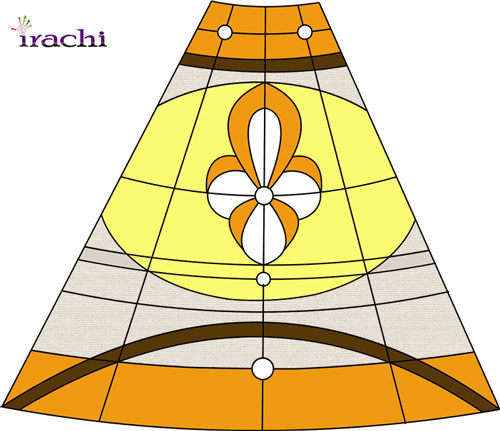 In next step, frame was made in workplace based on dimension, size and drawing. And then it was installed in place. 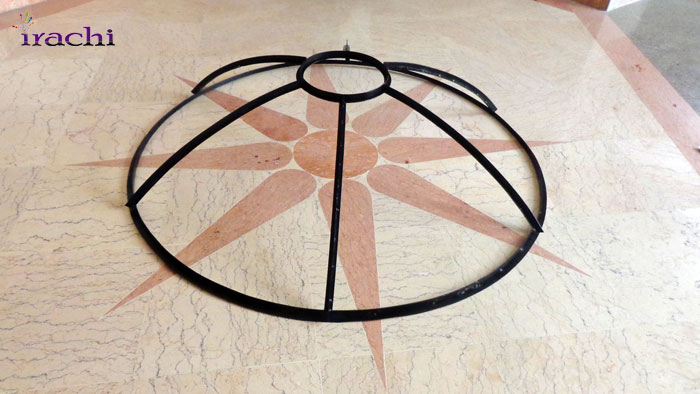 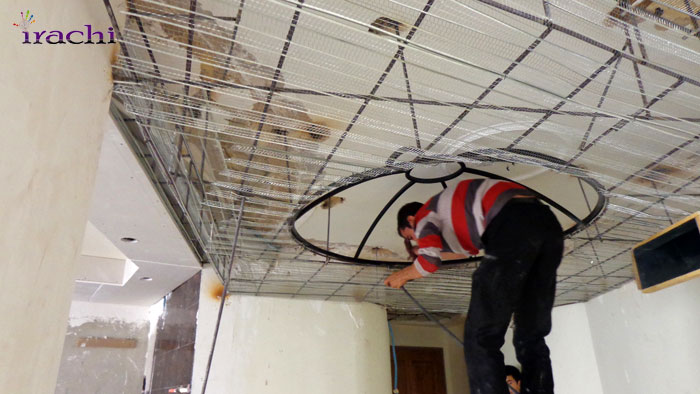 Next step was 6 items of stained glass making which were put inside the frame. Theses glasses were made by colored, acid wash, and simple glasses.Steps of cutting were seen in figures. 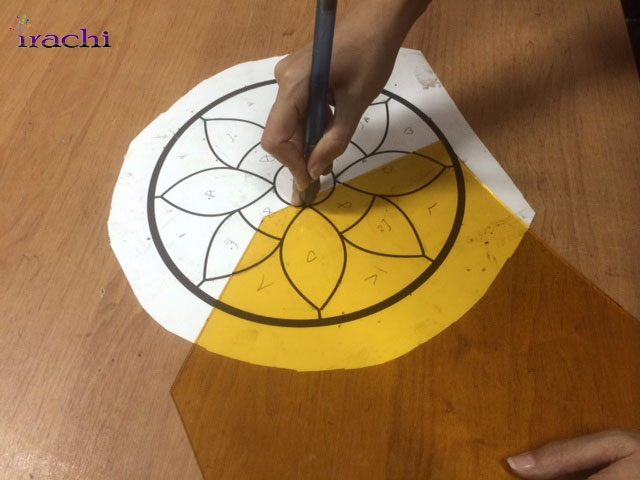 Then they were assembled by solder. 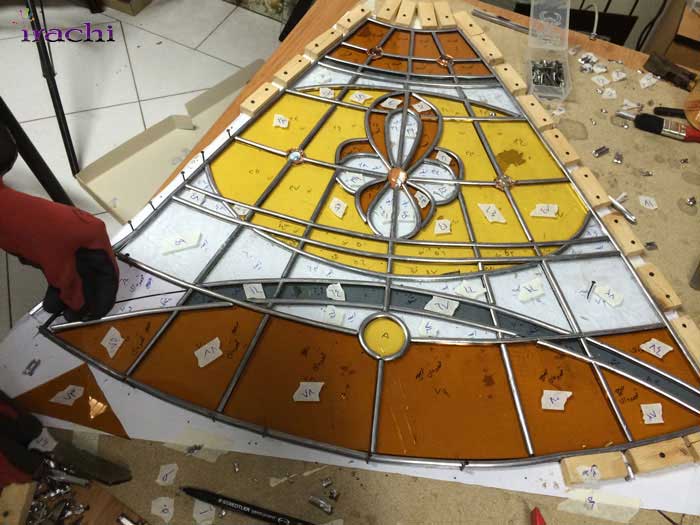 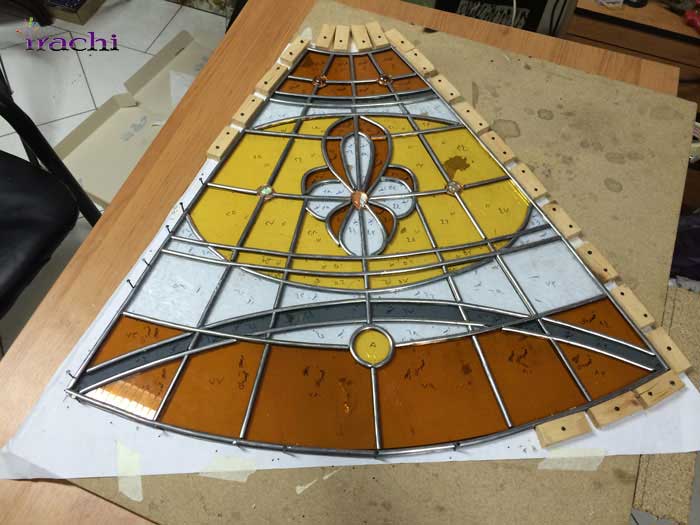 After washing and coloring, items were ready to be installed. 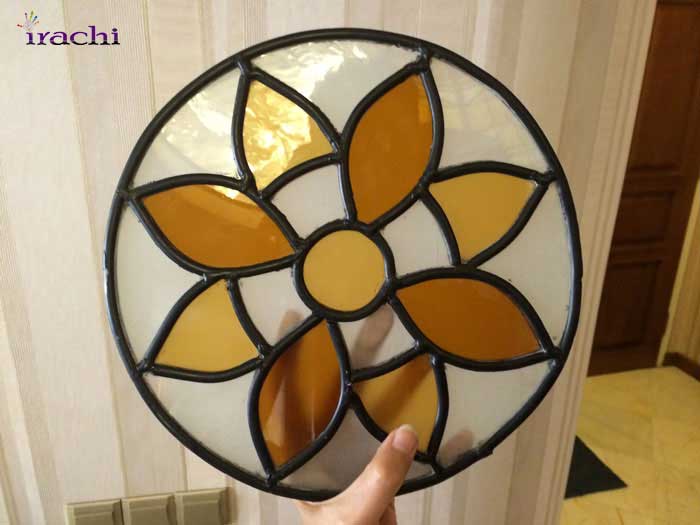 All items were sandblasted, because we wanted behind of work be invisible. 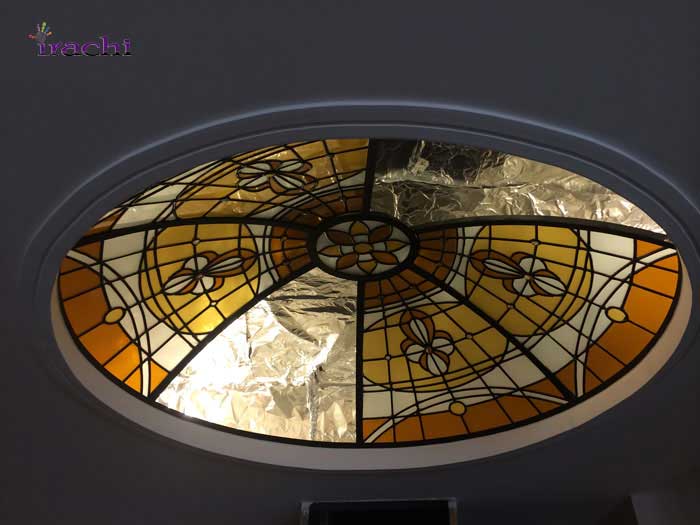 Items putting on frame was final step of work 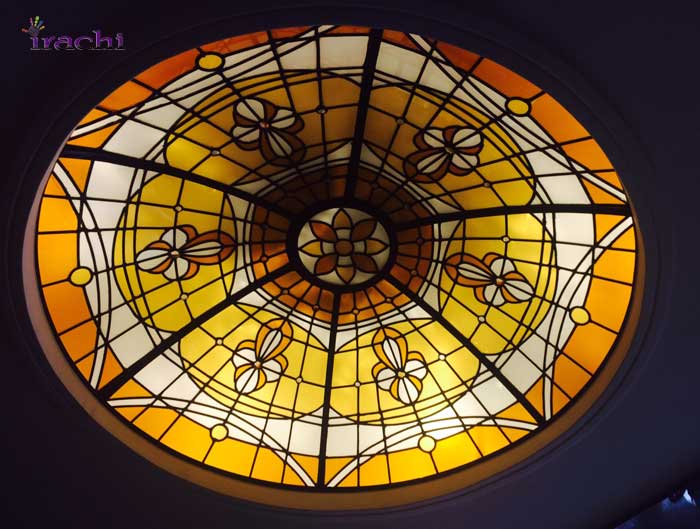